Waiting on Wednesday - The Chessmen 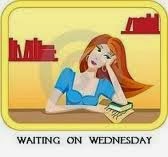 This is a weekly event that highlights a book that we can't wait to be published.  It's hosted by Jill at Breaking the Spine.  Here's my pick for this week:

by Peter May
Publication Date in US - February 3

Marilyn Stasio in The New York Times raved: "Peter May is a writer I'd follow to the ends of the earth." Among the many honors received, The Blackhouse, the first novel in May's acclaimed Lewis trilogy, won the Barry and Crime Thriller Hound awards.

Now in The Chessmen, Peter May gives us a dramatic conclusion to his award-winning Lewis trilogy. Living again on the Isle of Lewis, the ex-Detective Inspector Fin McLeod is working as a security officer for a local landowner. While investigating illegal activity on the estate Fin encounters the elusive poacher and former childhood friend Whistler Macaskill.

But while Fin catches up with Whistler, the two witness a freak natural phenomenon--a 'Bog Burst'--which spontaneously drains a loch of its water, revealing a mud-encased light aircraft with a sickeningly familiar moniker on its side.

Both men immediately know hat they will find inside: the body of Roddy Mackenzie, a friend whose flight disappeared more than seventeen years before. But when Whistler's face appears to register something other than shock, an icy chill of apprehension overtakes Fin. What secret has Whistler been hiding from him, and everyone else on the island? Fin is unprepared for how the truth about the past will alter the course of the future.
Posted by Kay at 3:00 AM