Welcome to my second post about our recent trip to Asheville, NC.  I'm going to begin today by showing two pictures of the area around our hotel, The Inn at Biltmore Estate.  There were some walking trails that wound around the hotel and I think I mentioned that it was green and lush there.  As you can see in the first picture, a shower had just occurred.  Beautiful vistas. 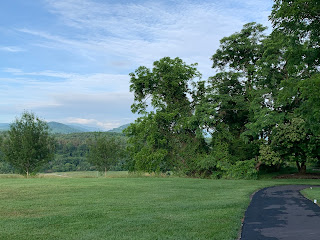 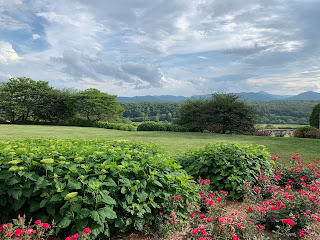 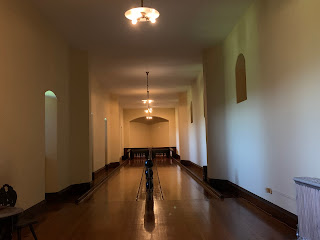 This is the bowling alley that was created for the Vanderbilts and their guests.  I guess bowling was popular way back and it looks pretty 'normal', right?  Ha! 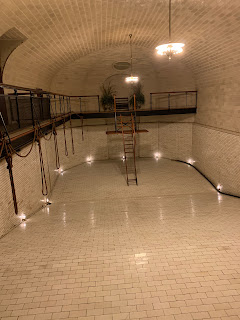 Here is the underground swimming pool - no water included.  Apparently, it has a crack or leak somewhere and so has not been filled with water for many, many years.  We also saw the dressing rooms for the family and guests to don their swimsuits.  The men had the ones that look like shorts and t-shirts.  The women - those dresses and long sleeves and leggings and even foot coverings.  It was considered improper for women to even show their bare feet.  Amazing that more of them didn't drown with all those clothes on. 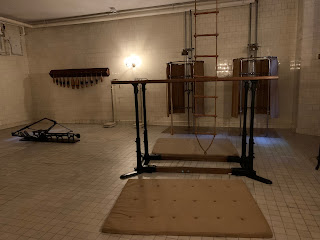 A picture of the 'workout' room.  It was funny that many workout tools and gadgets are much the same today.  The rowing machine to the left isn't much different.  The two shower looking things in the background were apparently 'needle' showers that were supposed to stimulate the skin as a person was pummeled with water.  Health was a big concern and people came to the mountains to get fresh air and breathe well and recover from illness. 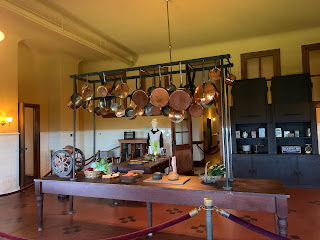 This is the kitchen where all the food was prepared.  It wasn't actually all that large and looked sort of normal. 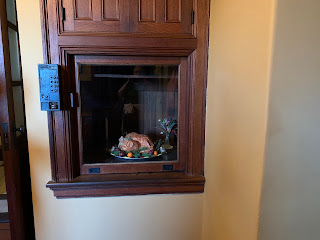 An electric 'dumbwaiter' to carry the food to the upstairs dining rooms.  There was another 'hand cranked' one on the other side of the room.  Guess the electric didn't always work. 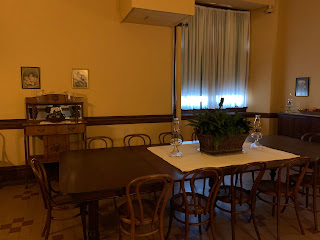 The staff dining room.  Looks very 'Downton Abbey' doesn't it?  Obviously not all the staff could eat at the same time.  I imagine there were more than 10 of them (the number of chairs). 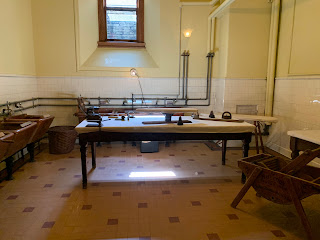 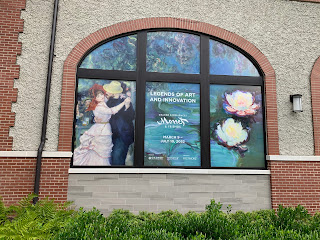 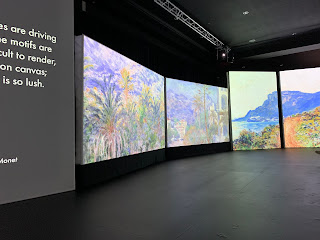 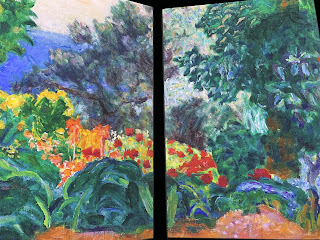