Skeletons in the Attic by Judy Penz Sheluk

I'd been sitting in the reception area of Hampton & Associates for the better part of an hour when Leith Hampton finally charged in through the main door, his face flushed, a faint scent of sandalwood cologne wafting into the room.  He held an overstuffed black briefcase in each hand and muttered an apology about a tough morning in court before barking out a flurry of instructions to a harried-looking associate.  A tail-wagging goldendoodle appeared out of nowhere, and I realized the dog had been sleeping under the receptionist's desk.
Leith nodded towards his office, a signal for me to go in and take a seat, then followed me, plopping both briefcases on his desk.  He leaned down to pat the dog and pulled a biscuit out of his pants pocket.  'Atticus,' he said, not looking up.  'My personal therapy dog.  Some days, he's the only thing that keep me sane.'

I met Judy at one of those 'author speed dating' events last year, held at the Malice Domestic Convention.  We talked a bit before we were inundated with authors sharing 2 minutes about their books.  I saw her again at this year's Malice Convention and remembered that I wanted to try one of her books.  I'm finally making good on that desire, mostly because she has just had the second book in this 'Marketville Mystery' series published.  That book is called Past & Present and I hope to read it before long.  It's a tough job to try as many mystery series as possible and then keep up with them - someone has to do it though - ha!

Skeletons in the Attic had a perfect name for another entry into my R.I.P. XIII reading list and I did enjoy it.  Callie Barnstable, who's also named 'Calamity Doris', has inherited a house from her father.  The book begins with Callie in her father's lawyer's office learning some very unexpected things about her Dad, not the least of which is what he wanted her to do for the next year.  She knows that her mother left them when she was a young girl.  What she didn't know was that her father was trying to find out what happened to his missing wife.  Callie goes to Marketville to check out the house and discovers a literal 'skeleton in the attic'.  As she meets neighbors and makes a few friends, she's investigating both her parents and their parents as well.  Will she solve the mystery?  Well, you'll have to read this fun series beginner for the answer.  The ending was surprising, though a little abrupt.  I'm hoping we learn more in the next book and I'll be picking up that one before long.

Calamity (Callie) Barnstable isn’t surprised to learn she’s the sole beneficiary of her late father’s estate, though she is shocked to discover she has inherited a house in the town of Marketville—a house she didn’t know he had. However, there are conditions attached to Callie’s inheritance: she must move to Marketville, live in the house, and solve her mother’s murder.

Callie’s not keen on dredging up a thirty-year-old mystery, but if she doesn’t do it, there’s a scheming psychic named Misty Rivers who hopes to expose the Barnstable family secrets herself. Determined to thwart Misty and fulfill her father’s wishes, Callie accepts the challenge. But is she ready to face the skeletons hidden in the attic? 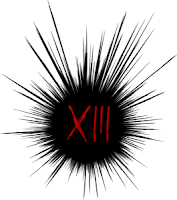